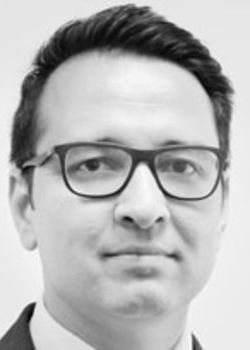 Before joining Lapis Afghanistan in November 2017 as Country Director, Ahmad Shaheer Shahriar was the Deputy Minister for Programmes at the Ministry of Rural Rehabilitation and Development (MRRD) of Afghanistan, responsible for the Ministry’s development programme portfolio, with an annual budget in the excess of US$400 million. He led the inter-ministerial working group to design the Citizens’ Charter Programme, the GOA’s largest national programme, which commenced in 2017. He managed several other new development programs as well for the Afghan government. Shaheer has extensive experience in the government sector working as Director General for Afghanistan Land Authority (Arazi), Director General for Private Sector Development at the Ministry of Commerce and Industry; Director of Strategic Communications at the Ministry of Rural Rehabilitation and Development, Chairman of Board for Microfinance Investment Support Facility for Afghanistan (MISFA), Programmes Director for Tadbeer Consulting Inc and Project Manager in the Ministry of Refugees and Repatriation. In addition, he has worked for several international donors, including the World Bank, as a Consultant for Social Protection and Labour, and as a Political and Public Affairs Officer at the British Embassy in Kabul. He has also worked for the Foreign & Commonwealth Office in London during the London Conference on Afghanistan (2006) and as a teacher and curriculum developer for Defence School of Languages in the UK.

Shaheer holds a Master’s degree in Conflict, Development and Security from the University of Leeds, and MBA from the London Business College in the UK.