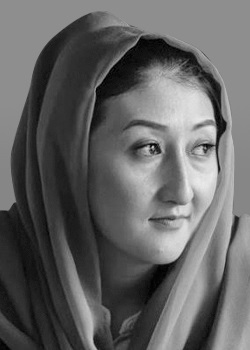 A former Deputy Minister for Commerce and Industry of Afghanistan, Ms. Yourish is the current Country Director for Lapis, a top strategic communication firm of MOBY Group, as well as an adjunct lecturer for the American University of Afghanistan. She is an MBA graduate with highest honors from the Akron University, United States of America and has a BBA and a Diploma in National Security and International Relations from the Pune University, India.

Ms. Yourish has a strong track record of serving for the Afghan Government and private sector in a wide range of capacities such as a Commissioner for the Independent Administrative Reforms and Civil Service Commission of Afghanistan (IARCSC), and Director of Human Resources for the Kabul Municipality. Prior to joining the government, she has managed and directed several assignments for a diverse set of clients in private sector.

Born and raised in Kabul, Muqaddesa is a frequent commentator of her country’s political issues and a strong voice for her generation. Her writing has appeared in both national and international media outlets including the New York Times.